The Bank of New Zealand first opened in Tauranga on 23 October 1873 as an agent of the Auckland branch. In 1875 a Tauranga branch was opened in Wharf Street but closer to The Strand than the current Gallery building site. Alterations were made in 1893 to accommodate the manager, his family and servant. At this stage the building was extended to the corner of Wharf and Willow Streets.

In 1930 a new Bank of New Zealand was built on this site. Constructed of concrete with blue gum piles the interior was an elegant mix of wood panels and leadlight window screens. By the early 1960s the building was found to be inadequate and plans were drawn up by local architects Johnston & Denniston for the modernist glass curtain building. Construction began in October 1962, with the bank officially opened in July 1964. Interestingly, it was the first building in Tauranga to have air-conditioning.

The building was a two-storey structure of reinforced concrete floor and foundations, plastered concrete exterior and has undergone a number of extensions and alterations over the last four decades. Elements of the 1964 building such as the white exterior tiles, columns and the bank vault remain in place today.

The BNZ sold the building to the TAGT in 1999 for $1.7m with funds from the [former] Tauranga District Council and the Venetta Miles Estate.
Further capital funding was made available from the Ray (Urania) Macmillan Estate and the Joy Owens Trust. The TAGT also raised capital from individuals, groups and trusts in the Tauranga and Bay of Plenty community.

In May 2003, Mitchell and Stout Architects Ltd were engaged to undertake the design for the refurbishment of the BNZ into the Tauranga Art Gallery.

In January 2006, the contract to refurbish the former BNZ building was awarded to Watts and Hughes Construction, Waikato/Bay of Plenty Ltd. Construction was completed in May 2007. 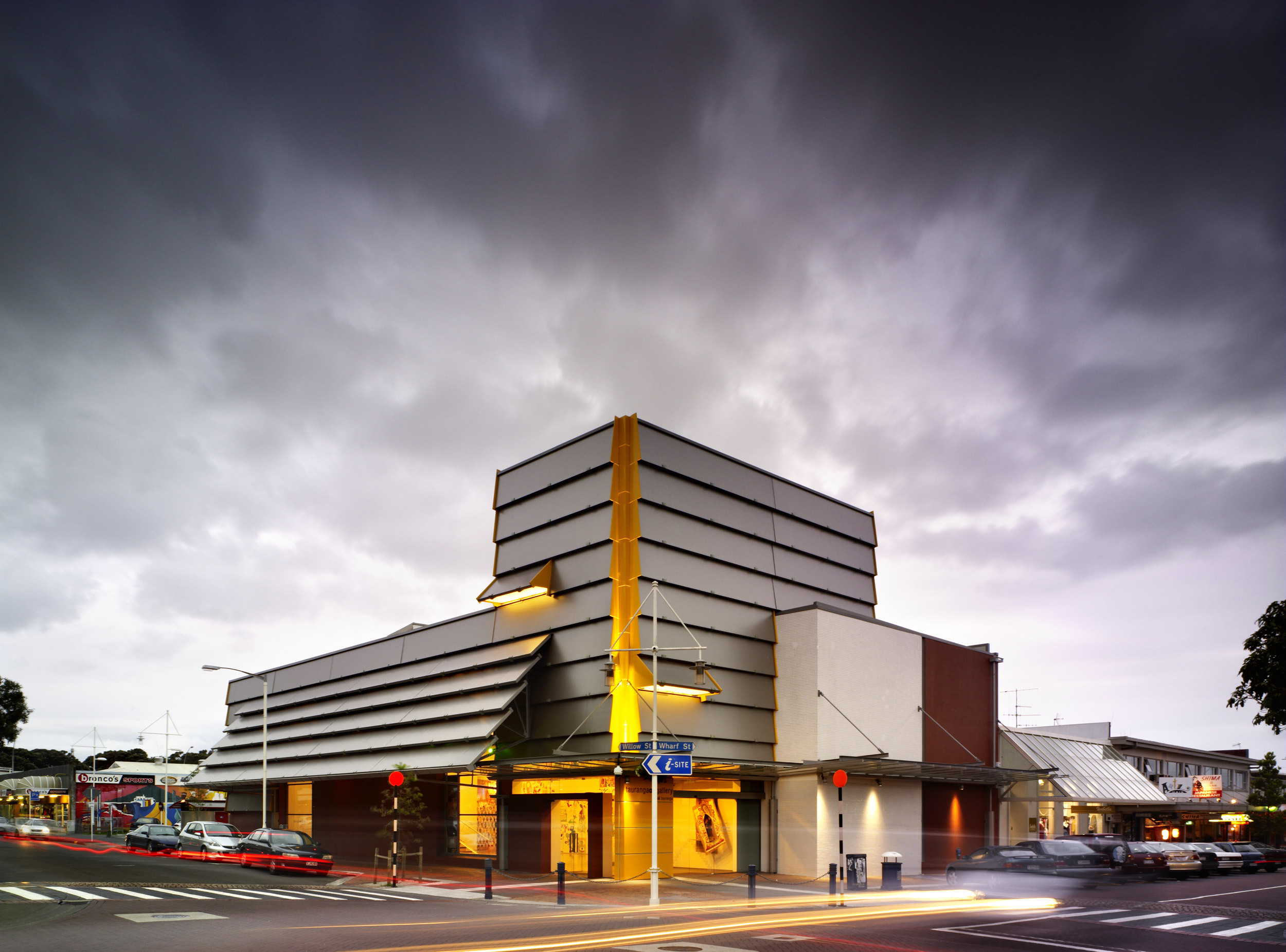 The TAGT does not have an acquisitions budget but will accept gifts of art that are significant to the region and/or of national interest.

The Gallery has been fortunate to receive a number of gifts for its collection.

The Gallery is governed by the Tauranga Art Gallery Trust (TAGT). The Trust was formed in 1998 with the vision to establish a public art gallery to enhance the cultural life of the region.

The TAGT owns the art gallery site, building and all art gallery assets. Governance is undertaken by the Board of Trustees.

The Gallery is managed by the Director, who reports to the Trust Board.

Tauranga Art Gallery is a Council Controlled Organisation (CCO). The Council currently supports the Gallery with an operational grant of about 80 per cent of the Gallery's operating budget. The remaining 20 per cent is generated by the Gallery via endowment interests, grants, sponsorships, retail and admissions by donation.

“The old building with its banking hall, vault and upper storey, offered an excellent range of exhibition spaces to the new gallery. Few structural alterations had to be made to the building, but it was completely sheathed with insulated panels and given new windows and linings. This was done to meet the stringent thermal, lighting and display standards of modern international art galleries.”  ~ Julian Mitchell, 8 May 2007