For this exhibition Tauranga Art Gallery presents a selection of paintings and works-on-paper by New York-based, New Zealand artist Max Gimblett. The Universe includes twenty-two works from the University of Waikato’s collection supported by a number of paintings from Gow Langsford Gallery, Auckland. 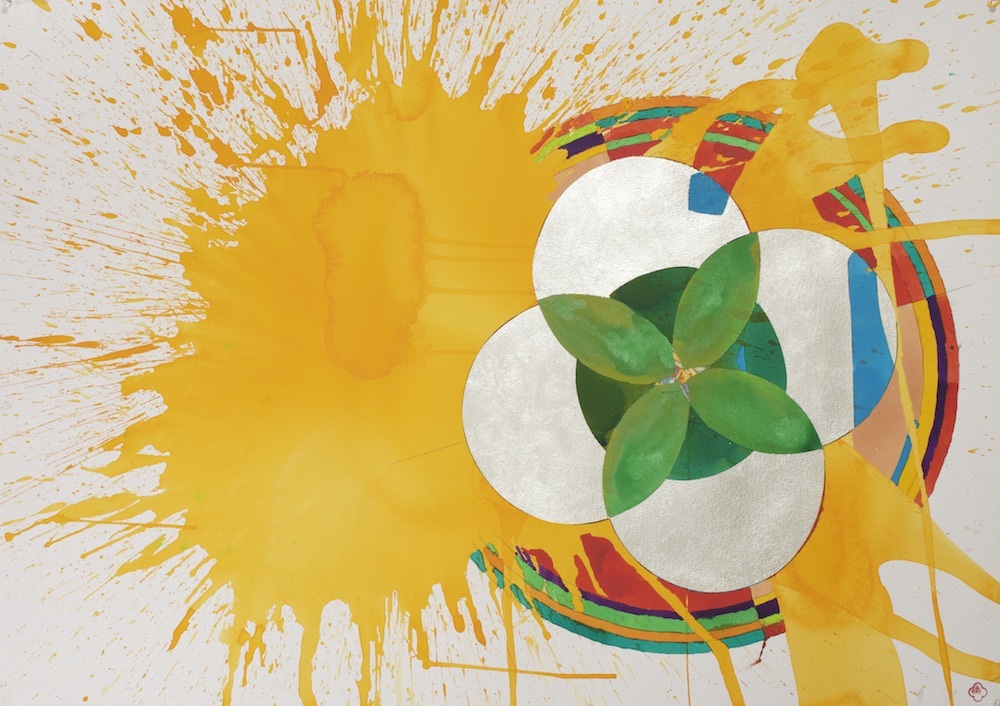 The works in this exhibition show the gestural splashes of vibrant colour, and metallic leafing Gimblett has become known for. The variety of shapes, motifs and gestures he employs reference a range of cultural influences including the pre-Christian quatrefoil, English rose window, and Asian lotus.

With a rich and dynamic approach to painting Gimblett has created a signature style which combines expressive mark making with carefully considered compositional elements.

Gimblett has been based in New York since 1972 and has been the recipient of a number of significant American awards and residencies. His work is featured inmajor collections throughout the world including Solomon R. Guggenheim, New York, the Museum of American Art, New York, the Whitney Museum of Modern Art, the National Gallery of Art, Washington D.C., the National Gallery of Art of Australia, Melbourne, the Queensland Art Gallery, Brisbane, and the Gallery of New South Wales, Sydney.

“I began painting the quatrefoil in 1983 after I had a dream in which a quatrefoil appeared and spoke to me, ‘Paint me and I will heal you’.” - Max Gimblett in UNO. Magazine.