Explore some of the surreal and mysterious lands of Otherworld. Featuring the work of Alex McLeod (Canada), Mark Rodda (Australia) and Peter Madden (New Zealand) the exhibition features a collection of constructed realms. Each work suggests a playful fantasyland that hints at something a little darker just below the surface. 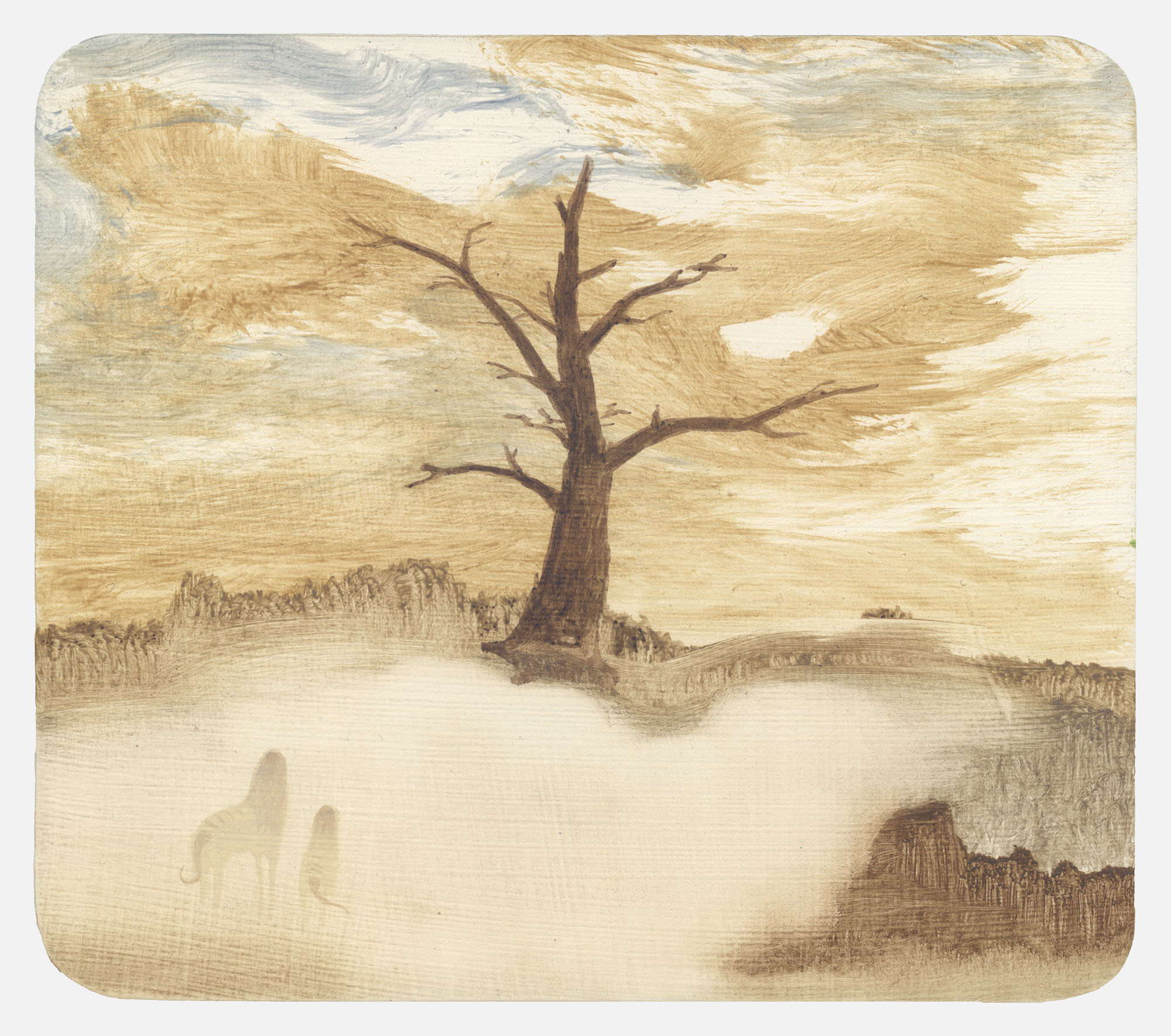 In his paintings Mark Rodda will often stage fabricated narrative's that sit within imagened, timeless worlds. His landscapes feature a cast of curious characters and reference Persian, Chinese and pre-modern western painting traditions.

The exhibition features a selection of recent works that combine dream-like landscapes with unusual ‘natural’ features and eccentric structures that appear to come straight out of storybooks.

Previously uninhabited, Rodda’s paintings have recently been populated by a quirky collection of animals, people and creatures.

Known for his use of innovative digital technologies and media, McLeod also presents a distinctly Canadian approach to his home country’s idealised landscapes and limitless horizons. Trained as a painter and previously working almost exclusively in still imagery, he has in recent years explored the potential of animation.

For Otherworld Peter Madden presents The Last City (2010), a metropolis on a miniature scale with skyscrapers, billboards and a menagerie of creatures.

He often uses the much loved and often discarded National Geographic magazines and describes them as “washed up in second-hand stores and the digital pages of Trade Me these treasures contain fantastic stories of lost civilisations and exotic butterflies that smell like orchids once dead.”

"The exhibition features a selection of recent works that combine dream-like landscapes with unusual ‘natural’ features and eccentric structures that appear to come straight out of storybooks."