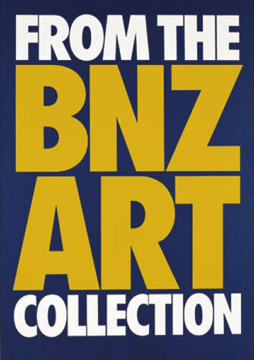 The 1960s – 1980s were considered an era in which New Zealand art came of age, no longer bound to overseas models nor by the pressure to conform to a nationalistic agenda. In particular, the 1980s were a boom time for the arts, fuelled by the idealism of the Lange government.

The works from the Bank of New Zealand Art Collection were purchased between 1982 – 87 and comprise nearly 500 paintings and photographs, predominately dating from the 1980s with significant works from the earlier decades. Art advisor Peter McLeavey worked alongside senior staff-members to assemble ‘a collection based on contemporary art, encouraging young and emerging artists as well as representing those figures who essentially invented New Zealand: the canonical artists such as McCahon, Woollaston, Walters, Mrkusich…’

The purpose of the collection was to reflect the Bank’s heritage, which dates back to the formation of the colony. The stock market crash of 1987 heralded the end to the art market boom, and no further works have since been acquired.

DVDs screening in the Cube gallery