Between 2011 and 2014, the painter and poet Gregory O'Brien had the good fortune of finding himself following the migratory routes of whales and sea birds across vast tracts of the South Pacific Ocean.

These paintings are the result of time spent on a number of islands - Raoul Island (in the Kermadecs), Whakaari/White Island and Tuhua/Mayor Island (in the Bay of Plenty) as well as Rapanui/ Easter Island, Tongatapu and the Chathams.

The works are a poetic exploration of these outlying places, the ocean between them, and the whale species and sea birds which are found there. 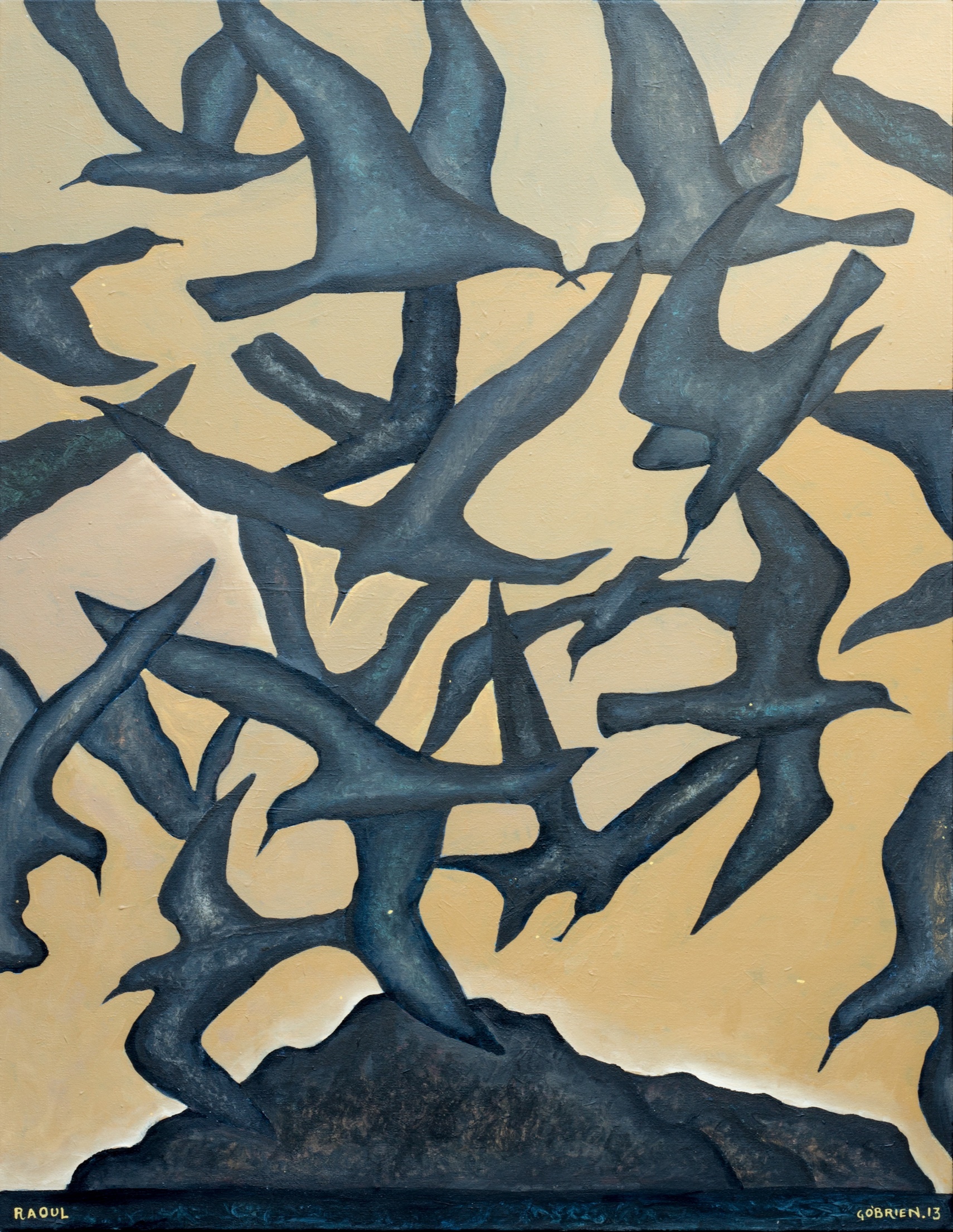 The exhibition comprises 15 paintings, and a suite of etchings.

Born in Matamata (1961) and currently based in Wellington, Gregory O'Brien is a poet, painter, curator, essayist, and printmaker.