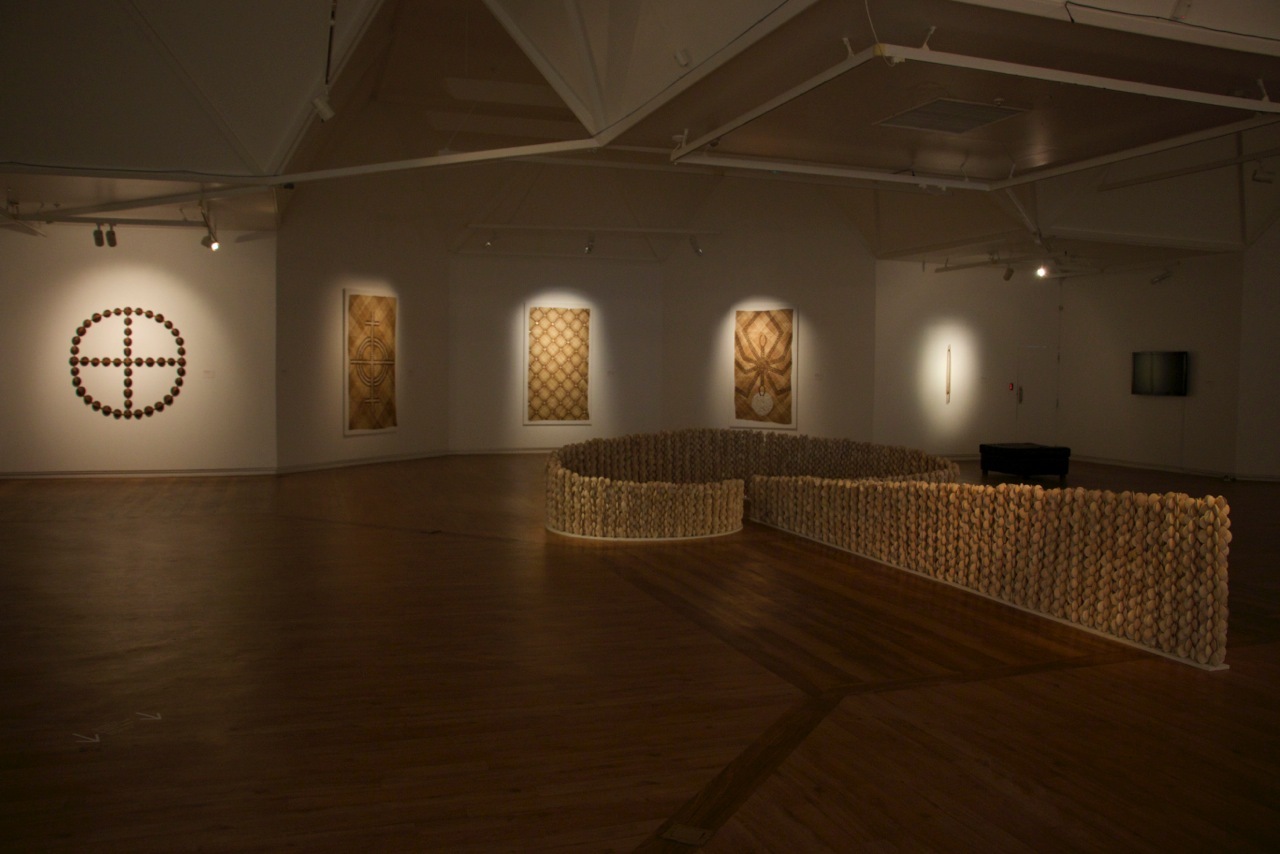 The project was born out of Chris’ desire to return to Kiribati, to meet his family and to experience life on these tiny strips of atoll in the Pacific. Always with a camera in hand, Jeff was there to capture much of the journey. The exhibition is not only a personal story about family but one that also references the larger global issues of climate change, over-population and threats to traditional cultures.

Chris Charteris has been a prolific maker of jewellery as well as sculpture since the mid-1980s. His practice has been influenced by his early training as a carver. Of Kiribati and Fijian heritage, Polynesian forms, traditional tools, ceremonial objects, patterns, taonga and body adornment are a natural source of contemplation and design. With a growing international profile, Chris’s work can be found in a number of public and private collections, including Museum of New Zealand Te Papa Tongarewa, The Dowse Art Museum, the British Museum and the Museum of Archaeology and Anthropology, Cambridge. Jeff Smith is an award-winning director, designer, filmmaker, 3D animator and musician based in Auckland.

Kiribati Day Celebrations: Come and enjoy performance, art making activities, and storytelling in association with the exhibition. The celebrations will be held in collaboration with the Bay of Plenty Kiribati Community. Time: 10am - 2.30pm on Saturday, November 14. Entry is free.

Artist Talk: Chris Charteris and Jeff Smith will be at the Gallery on Saturday, November 14 and give a talk about their show. Understand more about Kiribati culture and the methods used to create the artworks. It starts at 3pm and entry is free.

Expert Talk: Doug Ramsay is Manager of Pacific activities at the National Institute of Water and Atmospheric Research (NIWA). He will be at the Gallery on Thursday, November 19 for a talk about how climate change is affecting Kiribati.