Formerly and deservedly known as the 'Queen of Kitsch', Judy Darragh has worked with ready made and utilitarian objects for more than two decades.

In this installation, Throw Up, Darragh has treated each of the large walls of the Atrium as blank canvases, to which she has attached a myriad of objects.

As contemporary as the installation may appear, Darragh calls upon the tradition of 17th century Dutch still-life painting, and the arrangement of the chosen elements is integral to her composition. 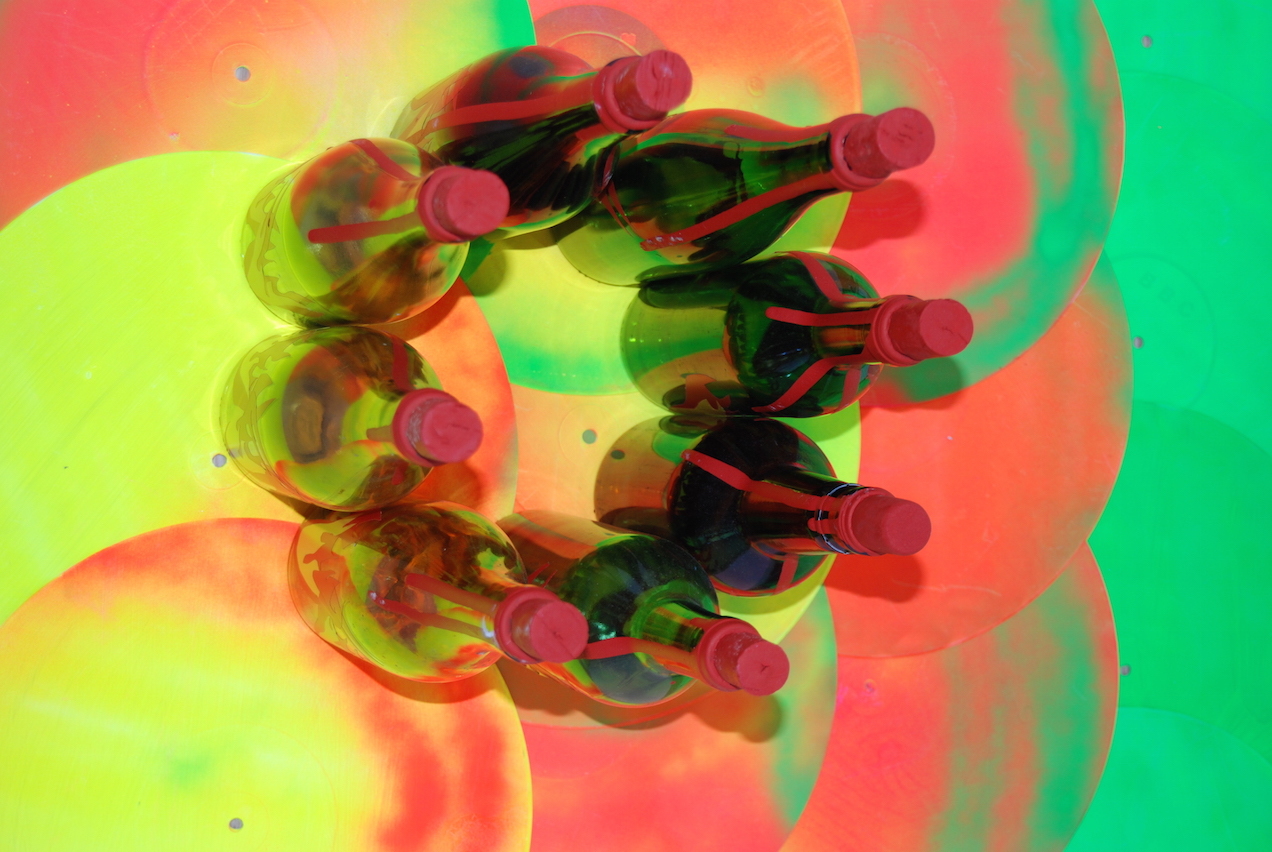 "Each material takes on a new life, for instance, the records are covered in tinfoil disguising their former existence and the ping-pong balls wobble, suspended in orbit like little planets."

By limiting her palette to silver, black and fluorescents, Darragh has created an order and balance to a work that retains an element of flamboyancy and surprise.