Tauranga Art Gallery Toi Tauranga, in partnership with Seeds Trust, is delighted to announce the winner of the inaugural Rydal Art Prize for 2019 inviting three of New Zealand’s leading public art gallery curators as judges. The Rydal Art Prize is New Zealand’s newest art award with a specific focus on a contribution to contemporary painting. This bi-annual prize awards an artist $20,000 for a work or body of work deemed to be outstanding in the field of painting over the prior two-year period. As a non-acquisitive prize it celebrates the role that painting continues to play within our now varied field of artistic practice in Aotearoa New Zealand.

A diversity of established and emerging artists were short-listed by the judges to determine a unanimous winner considering painting in its expanded form. Recognising the contribution to current painting practice the artist is also invited to present a new solo exhibition at Tauranga Art Gallery in 2020. It has provided the opportunity for the jury and audiences to look closely at where experimentation, strength and difference might lie in one of the oldest artistic mediums. Selecting the exhibition titled Solid Gold by Christina Pataialii shown at Te Tuhi, Auckland in 2018, the judges commented:

“Pataialii’s practice reflects recent New Zealand and wider international painting approaches while still retaining its own unique visual and cultural references. It seems to effortlessly jump between figuration and abstraction, and high art and popular culture. Her direct mark-making also calls attention to the immediacy of the moment spelt out by a Pasifika woman from the western suburbs of Tamaki Makaurau, Auckland.”

“This installation of new and recent work explored a range of painterly ideas, incorporating stretched canvas and hanging fabrics or elements painted directly on the walls of the gallery. The exhibition demonstrated confidence in working at scale and an intuitive understanding of composition, colour and form.”

“While closely examining an exciting and mature field of New Zealand art practice, what the jury found exemplary and engaging in Pataialli’s work was her confident approach to the medium of painting combined with the urgency of experimentation. This demonstrated an artist who is searching for a new and shifting set of methodologies to define herself and her practice.”

“Solid Gold also showed how over a relatively short time… Auckland based artist Pataialii has developed a distinctive painterly language. Her particular form of mark making incorporates motifs, scenes and snapshots related to her local environment in West Auckland. This installation transforms a mode of personal expression within the modern tradition of painting into something that speaks of and to a broad range of audiences and experiences.”

“Like many contemporary artists who have chosen to work with available materials off canvas and outside the traditional edges of painting, she draws into her scope the everyday atmosphere of her studio and its immediate surrounds. The content of the paintings and the materials themselves seem at once alive and questioning, offering audiences points of stimulation as they navigate the installation.”

“At every point, Pataialii seems to test what a painting might be or how it might operate. She paints on drop sheets and mink blankets, often with house paint, spray paint or charcoal—materials that reference the everyday and art traditions simultaneously. It is her ability as both a painter and an exhibition-maker that really stood out to the judges. The experiences she created in Solid Gold are ultimately exercises in creating space in which her painting can act, rather than just be.”

Director of Tauranga Art Gallery Alice Hutchison is delighted to be presenting Pataialii with the award at a celebratory evening on June 8, 2019 and working together to curate Pataialii’s 2020 exhibition. 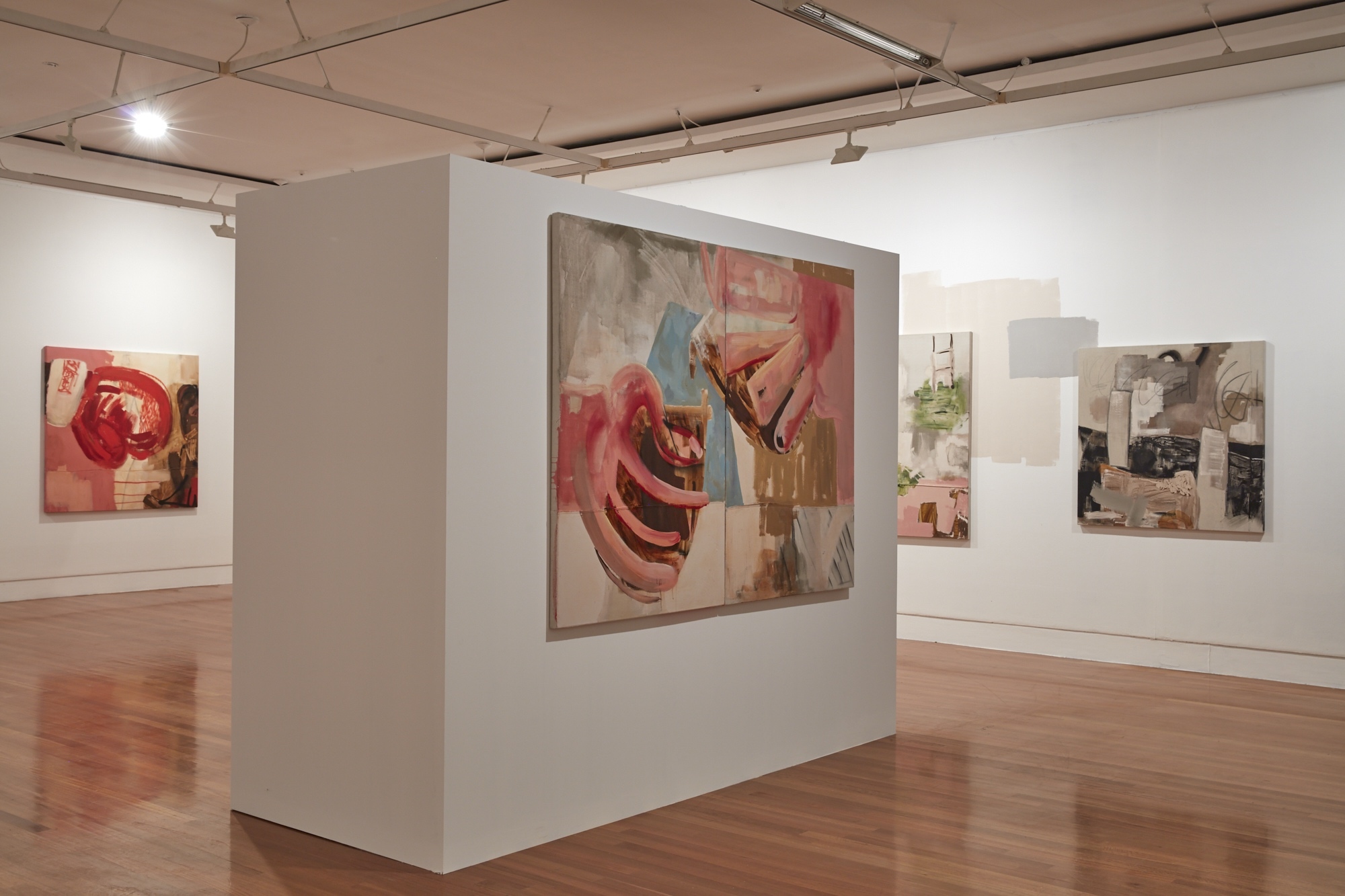 Aaron Lister is a curator at City Gallery Wellington, where his recent projects have included Yona Lee: In Transit, Patrick Pound: On Reflection and Cao Fei: #18 (all 2018). He was previously Exhibitions Curator at the National Library of New Zealand, and has also lectured in the Art History departments of Victoria University of Wellington and The University of Otago.

Lucy Hammonds is a curator and writer based in Ōtepoti/Dunedin. She is the Curator at Dunedin Public Art Gallery, with research interests extending across contemporary and historic art, craft and design. Recent curatorial projects include New Networks: Contemporary Chinese Art (2018-19), Gordon Walters: New Vision (2017-18), Marie Shannon: Rooms found only in the home (2017).

Natasha Conland is Curator Contemporary Art, Auckland Art Gallery. She has over nineteen years’ experience and was previously Curator of Contemporary Art at the Museum of New Zealand Te Papa Tongarewa. Career highlights have included curator of et al.'s the fundamental practice for the New Zealand pavilion at the Venice Biennale (2005), curator of the Scape Biennale (2006), curatorial comrade for Carolyn Christov-Bakargiev at the Biennale of Sydney (2008) and curator of the Auckland Triennial (2010).

Karl Chitham (Ngāpuhi) is the Director of Dowse Art Museum, Lower Hutt and was previously Director and Curator of Tauranga Art Gallery, Toi Tauranga. He has been involved in the arts sector for over 15 years as a curator, artist and writer. Recent curatorial projects have included ART LOVES YOU – an interactive experience for all the senses and Children of Mallarme: Fashion, Art & Collaboration co-curated with Dr Peter Shand for Tauranga Art Gallery, and White Rainbow curated for RAMP Gallery Hamilton.