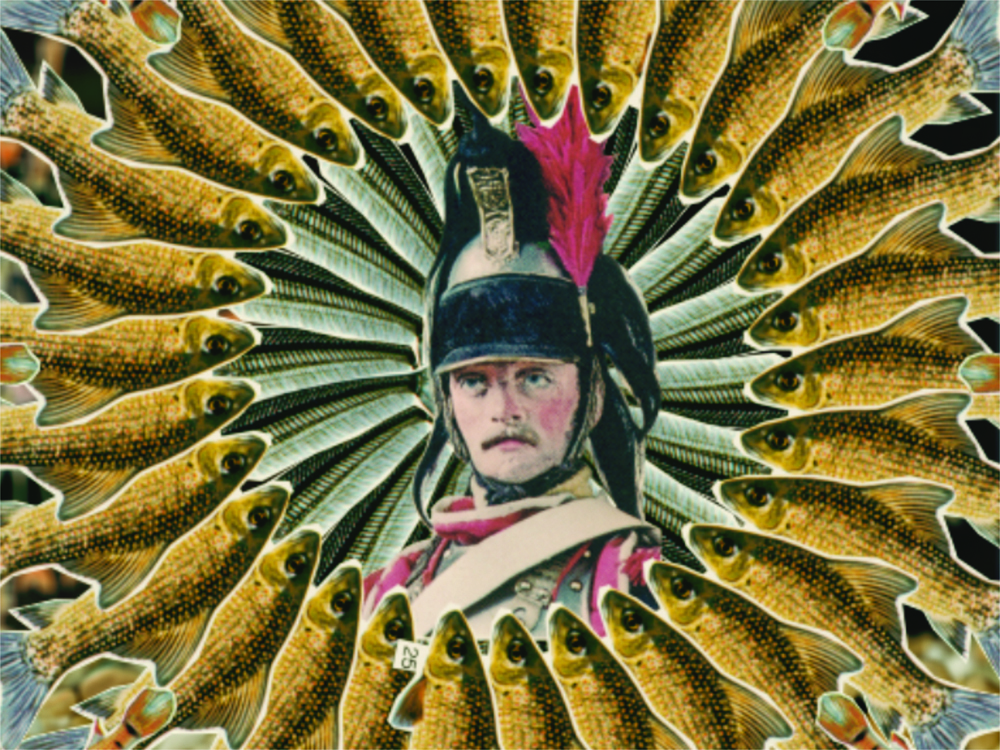 The New Educational Series is a specific re-animation of outmoded instructional and educational materials. Objective pictorial information is collaged into fantastical environments where the old-school aesthetic is reinvigorated with stop-motion techniques and sweeping movements of the camera.

Jill often sources imagery from second-hand books, the resulting video animations providing a rich visual pastiche of diagrams and illustrations set to music specifically composed for the work. The images hearken back to forgotten knowledge, private memories and re-examine a trove of yesterday’s conventional truths.

Better Military Modelling follows the story of red-coat soldiers navigating a battlefield submerged in an aquarium. Like Canaries (New Educational Series (part one): Canaries in Colour), a school of jeweled fish flicker in and out of view, their correctly labelled names appearing briefly on the screen, prompting a subliminal biology lesson. Each scene swells with unexpected conflicts and turns of events. The wealth of detail in her work allows the animations to be fresh upon several repeat viewings. (source: Young Sun Han, Unlimited: A Year of City Art Rooms, City Art Rooms 2008) 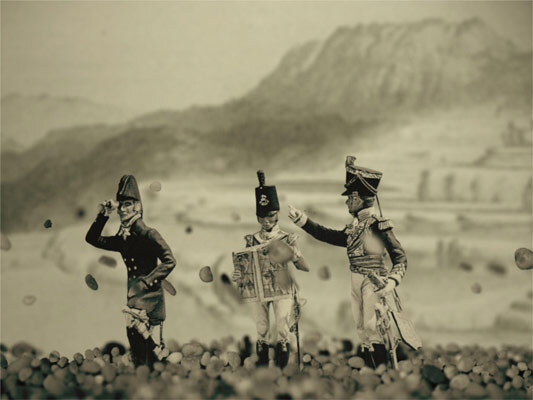 Jill Kennedy graduated from Unitec’s Graduate Diploma In Design in 2006 during which time she produced her first short film Neuro-Economy, an experimental animation to an audio recording found on a telephone answering machine.

Through continuing experimentation with animation, Jill developed the concept for New Educational Series. In 2007 she completed ‘New Educational Series - Canaries In Colour’, a pastiche of found graphic material nostalgic for AV learning programs of the 1970’s, which was exhibited in the December Showcase 2007 at Lumen Eclipse in Harvard Square, Massachusetts. Jill has since completed the second film in the series Better Miliatry Modelling. In May 2008 Jill was awarded a Screen Innovations Production Grant to complete the third and final film of the series for March 2009.

The soundtracks for the New Educational Series of films and the Braunias collaborations were composed and produced by John Payne. Jill will continue collaborative work with Mark Braunias to produce animations for exhibition at The Sarjeant Gallery, Wanganui as part of a Tylee Cottage Residency exhibition November 2008.