For Tauranga Art Gallery, he has created a vibrant site-specific environment that you become immersed in as you enter the space. Utilising the visual language of street art, comic book illustration and formal abstraction, Dowman investigates surface texture, colour and repetition in this impressive installation. 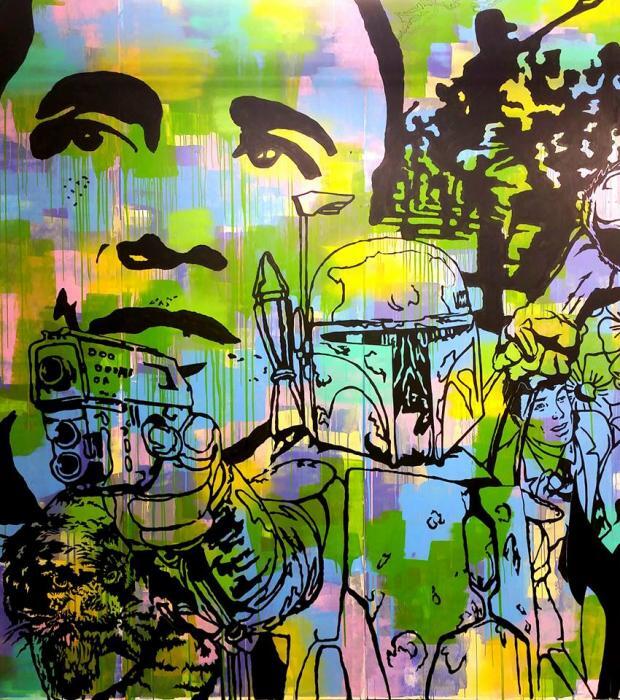 A Brighter Future uses mixed media (including house paint and marker pen) to describe a cacophony of characters that many visitors will recognise from popular media including cartoons, movies and comics.

Dowman is interested in ideas that reference utopian narratives of the perfect world and attaining or reaching a higher existence. By pairing graffiti based techniques and imagery with a more formal painterly approach he makes connections to issues of status, value and aestheticism.

Dowman’s work is collected nationally and internationally and has been exhibited throughout New Zealand as well as Melbourne, Sydney, Berlin and Vienna. He has received a number of awards including a merit award in the Molly Morpeth Canady Awards – Painting and Drawing and the New Zealand Painting and Printmaking Award.

This exhibition has been generously supported by the Kathleen Dorothy Kirkby Charitable Trust and Perpetual Guardian.