A selection of images from Lynley Dodd's books, from the earliest to the most recent.

This first-time exhibitions of original drawings, celebrates the work of a local children's writer and illustrator. 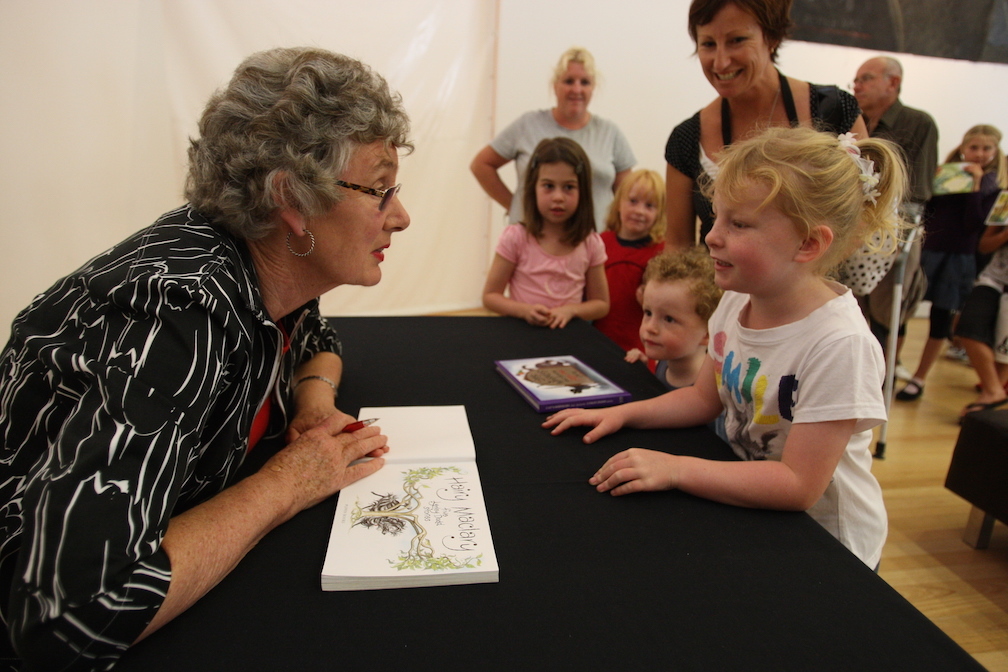 Lynley Dodd (nee Weeks) was born in Rotorua in 1941. Her father was a forester, meaning the family lived in small forestry settlements. Her secondary school years were spent at Tauranga College, where she was taught by Claudia Jarman (1908-86), an inspirational art teacher.

In 1959 she went on to study at Elam, the University of Auckland's School of Fine Arts. And from art school, she went on to train as a secondary school art teacher at the Auckland Teachers' College. She taught at Queen Margaret College, Wellington for five years.

Married with two young children, Dodd began freelance illustrating. She worked, among others, for the New Zealand Correspondence School.

In the early 1970s she and a relative, Eve Sutton, collaborated on a picture book, My Cat Likes to Hide in Boxes. It is still in print four decades later.

Dodd also worked cartooning for newspapers in the 1970s. Then in the mid 1970s she started to write as well as illustrate. The first of her own picture books was The Nickle Nackle Tree (1976). She has written and illustrated 30 more in the years since.

In 1979, while living in Lower Hutt, she made a small sketch of a rather unkempt-looking dog and penned a few words underneath. These words proved to be life-changing and Hairy Maclary was born.

Awarded the Distinguished Companion to the New Zealand Order of Merit in 2002, Dodd became Dame Lynley Dodd in 2009.