Looking for an Icon 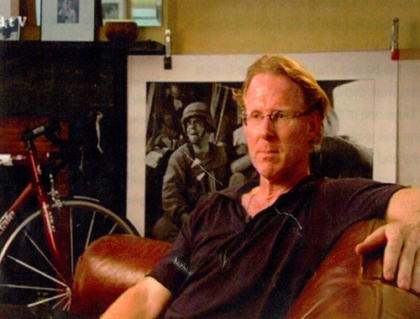 Looking for an Icon was made to honour the 50th anniversary of the World Press Photo of the Year. This documentary tells the story behind four iconic photographs – images so powerful they threaten to eclipse real memories of the event they were supposed to record.

The selected pictures show a South Vietnamese brigadier general executing a Vietcong guerilla in 1968, a 1973 image of soon-to-be assassinated Chilean President Salvador Allende, the 1989 snaphshot of a Chinese protestor blocking a column of tanks in Tiananmen Square and a 1991 Gulf War photograph of a United States soldier in a helicopter weeping near the body of his best friend.

Filmmakers Hans Pool and Maaik Krijgsman interview photo editors, academics and the photographers themselves to uncover the stories behind the pictures, as well as the source of their power. Their reflections produce an analytical and rich amalgam of insights into the aesthetics and morality of image-making, demonstrating how art and religion play a crucial role in the creation of an icon.

With the assistance of Radio Netherlands Worldwide www.rnw.nl