Like Mother Like Daughter celebrates two women artists who are connected to the Bay of Plenty through Captain Gilbert Mair: his wife Eleanor Katherine Sperrey, and their daughter, Katherine Airini Vane.

Sperrey was an acclaimed portrait artist in the 1880s, who trained in Melbourne and Rome, before returning to New Zealand to establish her studio on Lambton Quay, Wellington; no small feat for a single woman at that time.

She painted many prominent figures of the day including George Grey, Harry Atkinson and John Ballance.

Her Maori portraits were also highly praised, particularly of women and children.

Sperrey married Captain Gilbert Mair in 1888 and had two children, John and Airini. Sperrey (EK Mair as she became known), died in 1893. 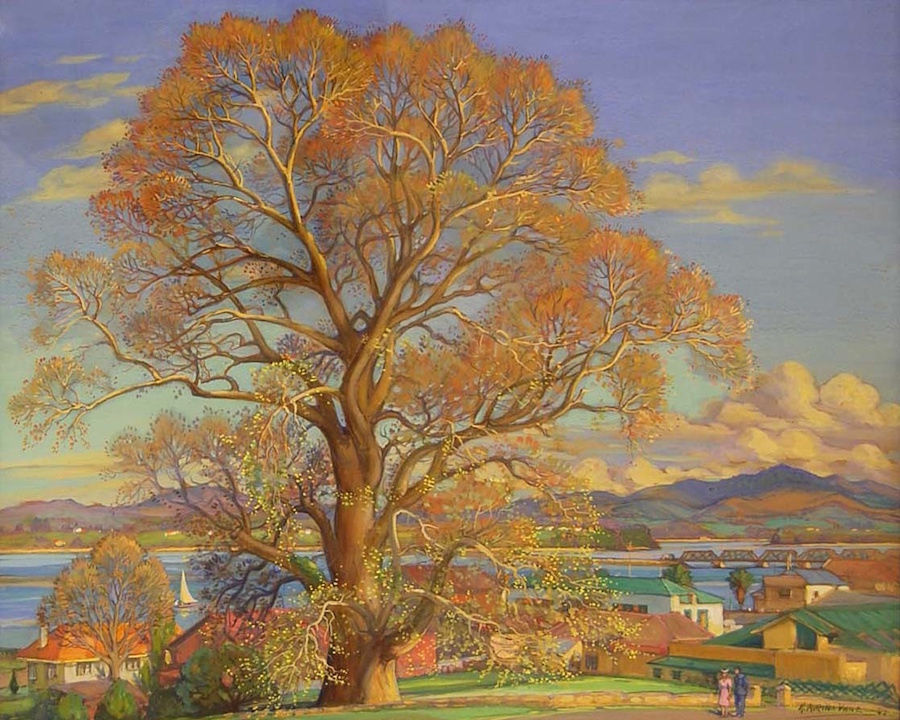 Airini (or Kitty) inherited her mother’s artistic ability, studying at London’s Slade School of Art and settling in England.

Her paintings included portraits of animals and landscapes.

Her marriage to Ralph Vane included much travel and this is reflected in her numerous landscapes.

However, New Zealand was always home and she returned on several occasions to paint, joining up with artists such as Sydney Lough Thompson, Esther Hope and Olivia Spencer Bower on painting excursions.

During the 1940s, she painted several scenes in and around the Bay of Plenty.

Supported by the Patricia and Clive Toop Fund (the Acorn Foundation).