Karl Maughan has been painting gardens since the mid 1980s, a consistently explored theme that has made him nationally and internationally recognised. His fascination with gardens began with his early use of garden landscapes as subject material, and subsequently his exploration of light, colour and texture.

Maughan works in his studio from photographs he has taken of his chosen gardens in differing lights, and has amassed a considerable library of photographs of gardens from throughout New Zealand and Europe.

The sheer scale of Maughan’s paintings makes painting en plein air impossible and often the finished canvas will be made up of elements of several gardens that he pieces together to create the effect he wants to achieve, and more often containing his trademark rhododendrons. 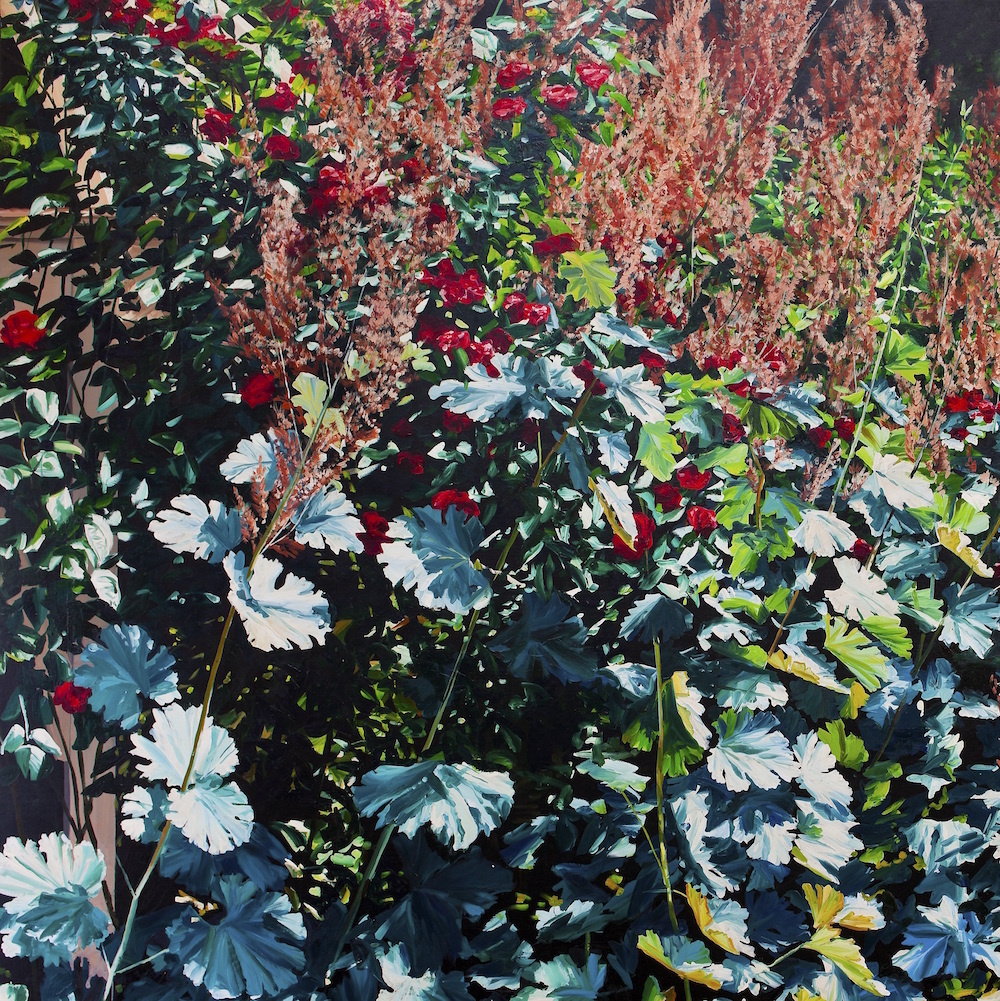 From a distance his paintings take on a photographic realism but viewed up close, the images dissolve into abstraction through Maughan’s considered application and layering of paint.

Maughan has painted iconic New Zealand gardens such as Ohinetahi in Governors Bay, Rodney Fumpston’s garden in Morningside, Auckland, considered one of the finest inner city gardens in the late 1980s, Titoki Point near Taihape, and Cross Hills near Kimbolton.

He has recently completed a project that involved a five metre long oil painting that was cut into 1000 numbered pieces and hand labeled onto a premium Waiheke Island 2005 Merlot.