From Aongatete: Tony Lane - A Survey 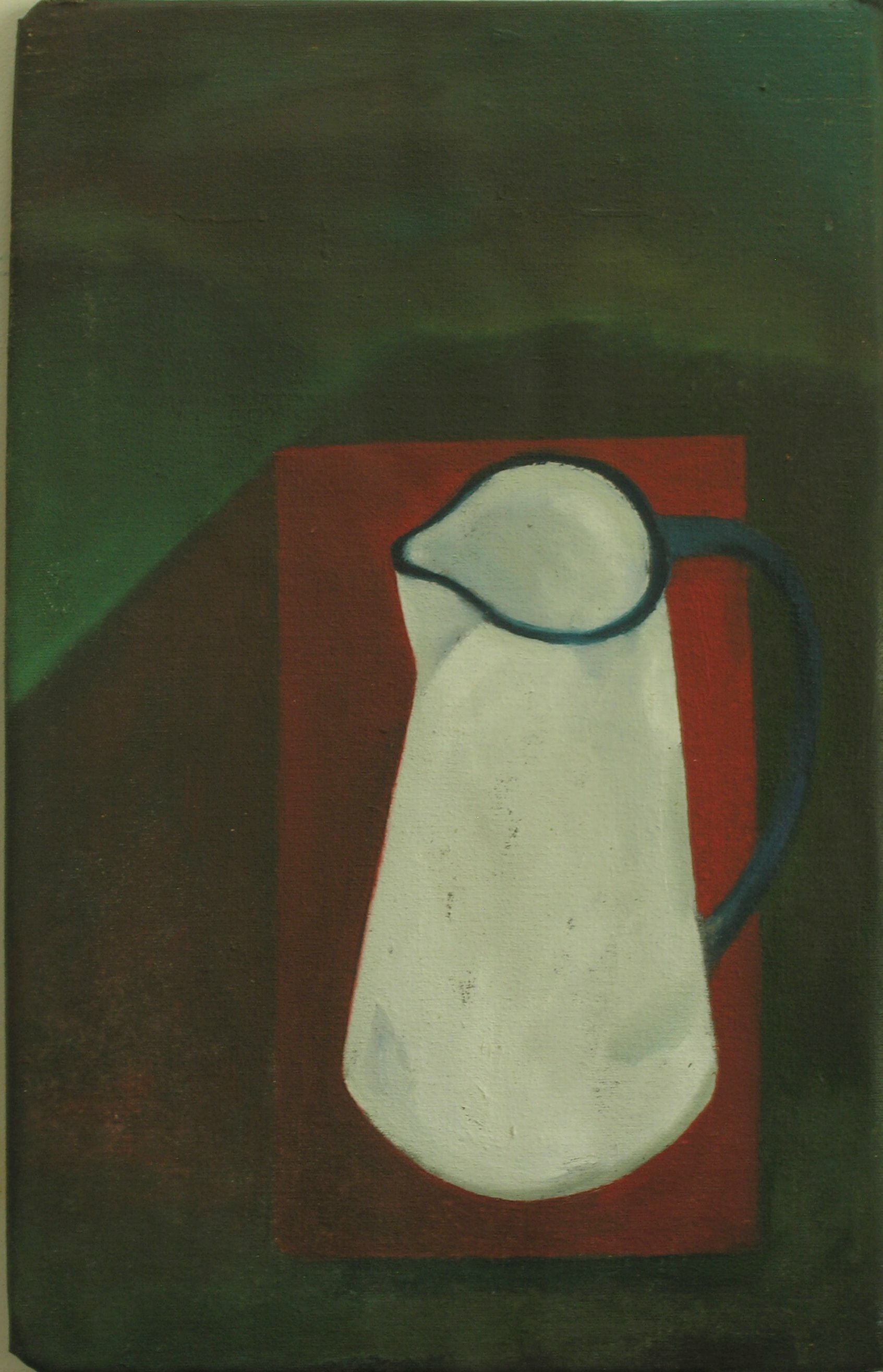 Tony Lane has a passion for the language of painting - historical and contemporary, NZ-based and international.

Lane draws inspiration from the cultural landscape of an old-world Europe, with a style that has been influenced by a diverse range of artists from 17th century Spanish still life painters, Mexican retablo artists, Italian Primitives and 20th century artists such as De Chirico, Giacometti, Cucchi and McCahon.

Lane's work appears iconographic with the use of motifs; symbols such as the veil or the wound; his use of gold leaf, along with his representations of elements such as air, smoke and water.

Often his frames are painted or gilded, transforming the painting into icon-like objects.

Severed limbs, a motif that he uses frequently, are symbols of an absent body, or a personification of a missing person. There is a quality to Lane's work that is neither entirely of the South Pacific, nor European, but a marriage of the two.

His images speak their own unique metaphorical language.

Tony Lane was born in Katikati in 1949, graduating from the University of Auckland's School of Fine Arts in 1970.

Since then he has exhibited extensively in New Zealand and internationally, including 'Practical Meta-Physics' a survey of Lane's paintings from 1988 to 2006, at City Gallery, Wellington in 2006.

His work is in many public and private collections in New Zealand, Europe and the USA.