Colin McCahon: Story of a Mural

The Urewera Mural. It has been fought over, taken, and carefully conserved.

The mural is a triptych (set of three panels) painted by iconic New Zealand artist Colin McCahon in 1976. It was commissioned by the Urewera Naitonal Park Board for the then recently completed Waikaremoana Visitor Centre in Aniwaniwa. Controversy surrounded its creation and a number of misunderstandings occurred between McCahon and the board before the paintings was finally hung.

The three panels tell three stories of time, place and spirit. The painting tells a visual short-hand history of the Tuhoe. It was stolen from the Visitor Centre in 1997, returned 15 months later and carefully conserved.

Rarely toured, this is an opportunity to see an iconic New Zealand artwork. 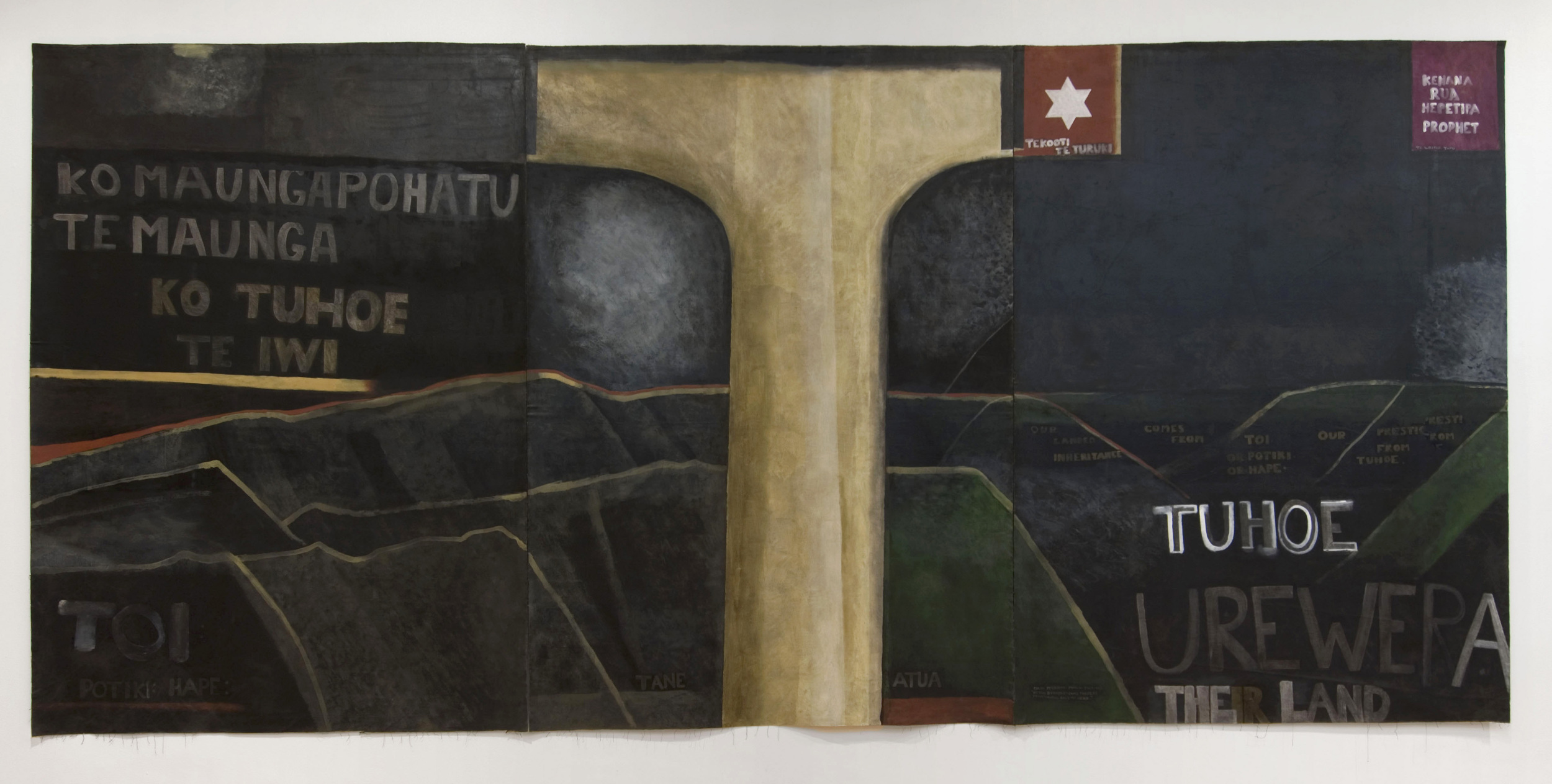