Beyond Geyserland
Highlights from the Rotorua Museum Art Collection

The Rotorua Museum art collection is going on the road, making the trek over the hill to the Tauranga Art Gallery. This exhibition is the perfect opportunity to see some exceptional works by artists including Charles Goldie, Theo Schoon, Colin McCahon, Tony Fomison, Robyn Kahukiwa, Ralph Hotere and Ans Westra.

Featuring over 80 works by more than 30 artists, Beyond Geyserland is a treat for the eyes and guarantees something for everyone.

Through these artworks Beyond Geyserland charts nearly 150 years of New Zealand art history. 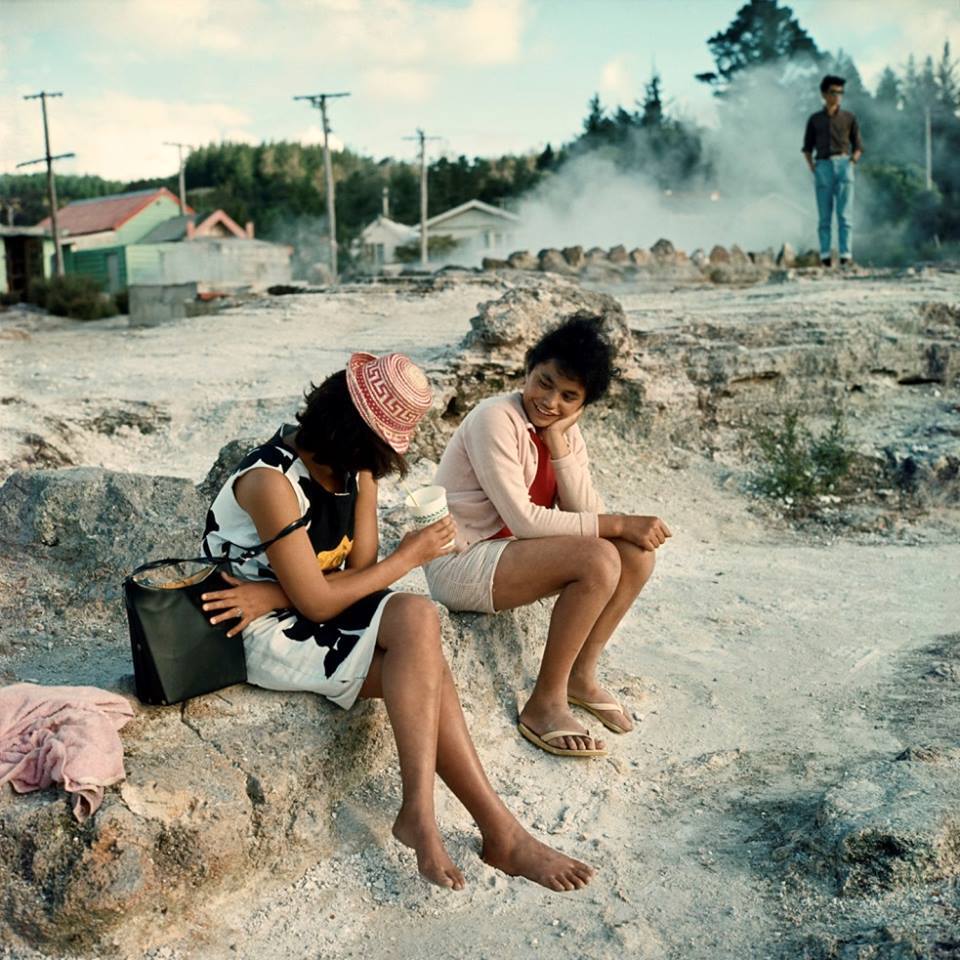 Beginning with a pair of watercolour portraits by Horatio Robley made in Tauranga in 1865, the exhibition moves through a huge range of topics and materials ending with Neil Pardington’s large scale photographs of Rotorua Museum’s taonga Māori store from 2008.

In between you can explore beautifully rendered paintings of the Pink and White Terraces by Charles Blomfield, gritty depictions of the kiwi bloke lifestyle of sheep shearing and pub culture by D.K Turner and Garth Tapper, a range of quirky New Zealand ceramics by some of the countries most respected potters, the rise of modern and contemporary Māori art, and photography by Mark Adams that captures specific Bay of Plenty places in time.

Housed in the Bath House, one of New Zealand’s most distinctive and historically significant buildings, the Rotorua Art Gallery opened in the north wing in 1977 and a decade later amalgamated with Rotorua Museum. Over the following years the Museum developed a rich collection of New Zealand art with a particular focus on the unique features of the people, sites and events of Rotorua and the Bay of Plenty.

Tauranga artist Barry Dabb will be taking visitors through the history of the collection, with interesting anecdotes and ‘behind the scenes’ stories, at a free floor talk:

Dabb has taught art history, design and painting for nearly two decades and has worked in the curatorial field organising exhibitions, including at Rotorua Museum, and taking art talks since 1998.

ART HISTORY IN YOUR LUNCH BREAK

In just 30mins, Karl will walk you through the works on display in Beyond Geyserland: Highlights from the Rotorua Museum Art Collection at these free art talks.

Developed in partnership between Tauranga Art Gallery and Rotorua Museum Te Whare Taonga o Te Arawa, this exhibition is an opportunity to discover some of the hidden treasures of the Rotorua Museum art collection while the building is closed for earthquake strengthening.